While exploring the woods of the Chesapeake Bay region, if you’re lucky you may spot a flash of silvery gray scampering across the forest floor.  This shy and elusive creature is known as the Delmarva fox squirrel (Sciurus niger cinereus), and today you have a better chance of catching sight of it than if you had visited 30 years ago.  Added to the very first Endangered Species List in 1967, this species was on the brink of extinction, but thanks to conservation efforts by the U.S. Fish and Wildlife Service, private landowners, and a progressive land trust, this squirrel’s numbers have since rebounded to a current estimated population of 20,000.

Native to the Delmarva Peninsula—areas of Delaware, Maryland, and Virginia between the Chesapeake Bay and the Atlantic Ocean—the Delmarva fox squirrel population decreased significantly in the early 1900’s due to increased development, timber production, and overhunting.  Bigger than most squirrels, it lives on rural forest lands and agricultural fields, preferring to spend more time on the ground than jumping from tree to tree.  When its numbers were found to exist in only 3 counties, it was clear that this species would need protection in order to survive extinction. 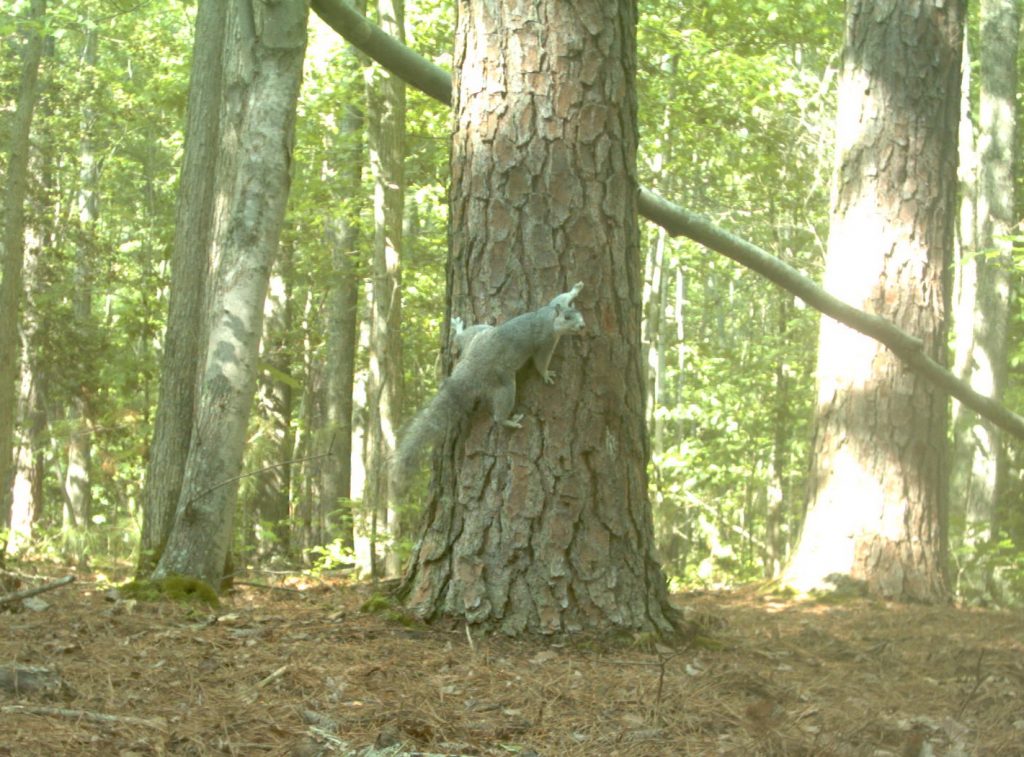 In stepped Cherry Keller who led the Recovery Team for this species beginning in the 1990’s.  Head of the USFWS Endangered Species Program in the Chesapeake Bay Area, she and her team were determined to save the Delmarva fox squirrel from extinction.  Conservation work began with moving animals to start new populations within the historic range, which ultimately resulted in 11 new successful populations.

Another important strategy she deployed in her work to save this “fascinating animal and unique species to the Delmarva Peninsula,” was to preserve known Delmarva fox squirrel habitat on private lands.  The most effective way to ensure that the vulnerable habitat would be preserved forever was with a conservation easement.  However, Cherry soon discovered that finding a qualified land trust partner willing to hold a mitigation easement—an easement that offsets habitat impact by allowing for development to occur elsewhere—was more challenging than expected.

Luckily for both Cherry and the Delmarva fox squirrel, the North American Land Trust (NALT) could provide exactly what they needed.  As Cherry explained, “NALT was an important partner in this effort because they were willing to work with landowners and provide easements and conservation benefits that would offset habitat loss.”  With this new partnership, Cherry was able to contact Maryland landowners who owned land supporting high quality Delmarva fox squirrel habitat, and with NALT’s help, they could place their land into a mitigation easement.  As a result, 12 conservation easements totaling 592 acres were conserved in perpetuity with NALT within the 1.7 million acre Delmarva Peninsula.

While this fraction of land makes up a small portion of the entire Delmarva Peninsula, every acre counted in this conservation effort.  Saving mature hardwood forests from timber production and creating a contiguous chain of forest tracks for the species to expand is what ultimately saved this fluffy squirrel.  Translocating populations, tracking individual squirrels with wildlife cams and ear tags, and the continued monitoring of existing squirrels by Cherry, biologists, and landowners also contributed to the success of this project.  One landowner went so far as to assist in capturing and tagging Delmarva fox squirrels, and she set up wildlife cams on her own eased property to track their populations.  According to her, conservation was a priority “because I know that the loss of habitat is so critical to these animals, and I therefore wanted to save that habitat.”

Today the range of this animal has expanded to a third of the Delmarva Peninsula.  In Cherry’s words, “Knowing that there is land protected from future development has enabled confidence that the future is secure for this species.”

In December of 2015, the Delmarva fox squirrel was officially delisted from the Federal Endangered Species List, so it’s evident that through hard work and dedication to land conservation, this species of squirrel can continue to thrive on forested land that will never be developed within the Delmarva Peninsula.  As Steven W. Carter, Stewardship Coordinator at NALT, explained, “With the pace at which development is encroaching upon the land, if there is a way to prevent a loss of a species, then we are always willing to help.”  As a result of the tremendous, collaborative conservation effort, maybe now you’ll be able to spot this timid and unique critter the next time you visit the beautiful Delmarva Peninsula. 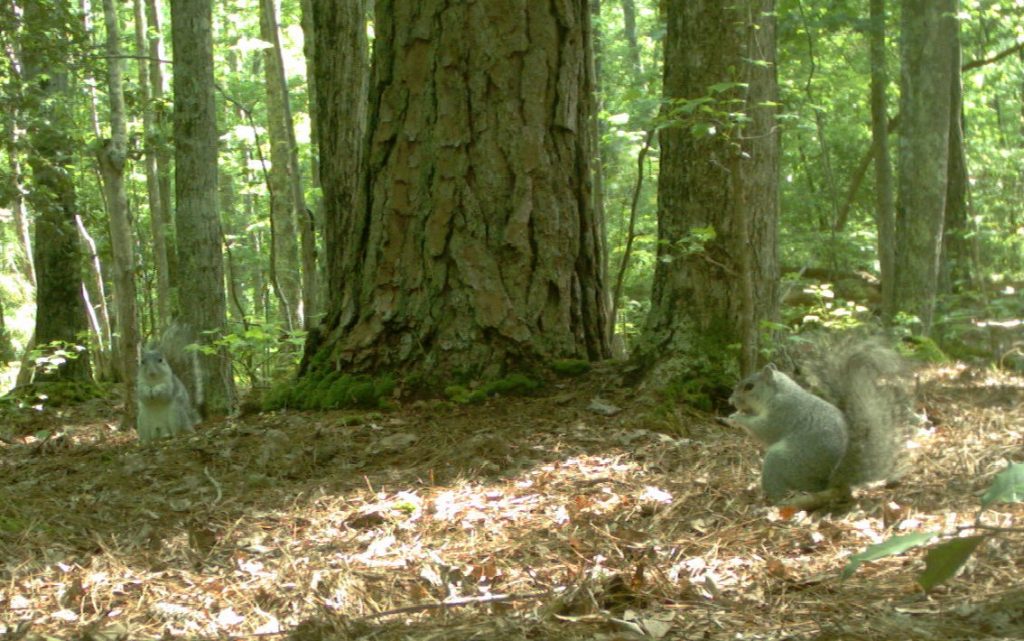